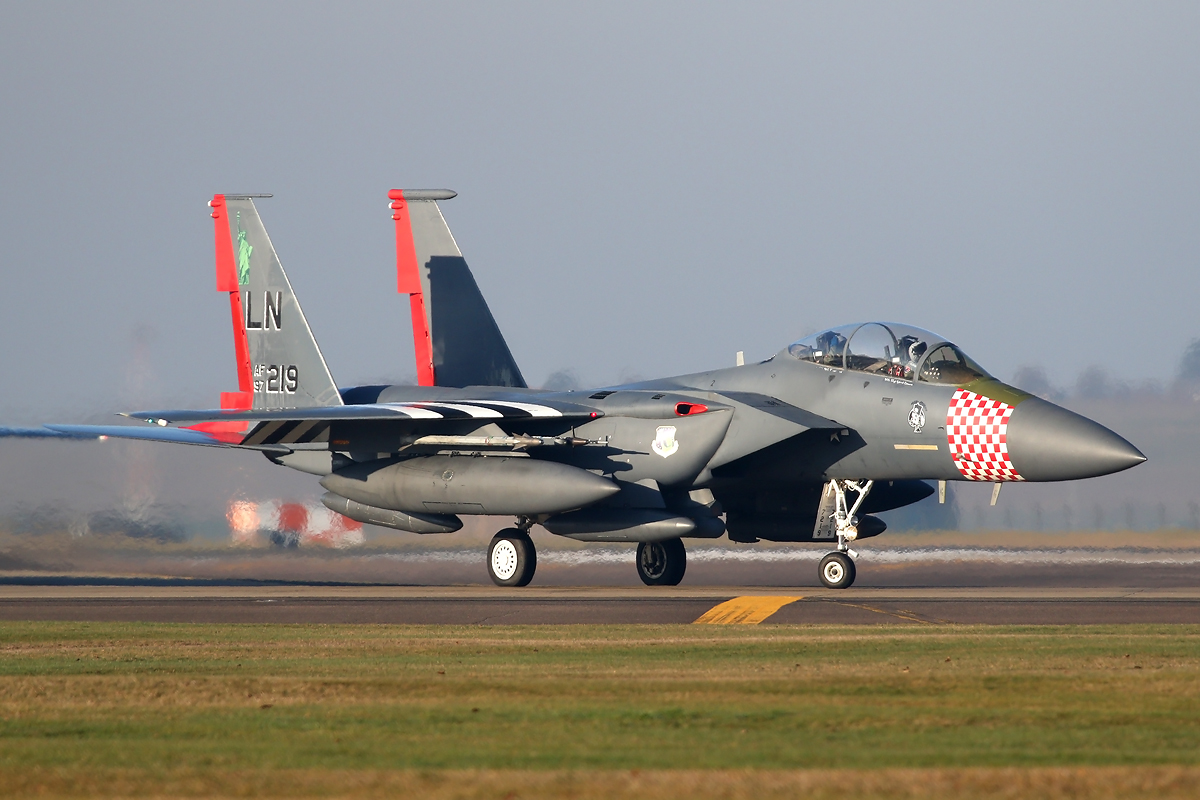 An early morning run over to Lakenheath to hopefully catch the newly painted D-Day 75th Anniversary F-15, painted to represent the colours of a P-47 from the then 48th Fighter-Bomber Group. 97-0219 is the jet, operated by the 492nd FS and was operating earlier in the week. It looked good when the aircraft taxied out with the first flight of the day, but hopes were soon dashed when I saw the baggage pods being carried by the flight - they're not coming back today! Sure enough, the 492nd were deploying to Albacete in Spain for the NATO Tactical Leadership Programme. At least I caught it on departure.