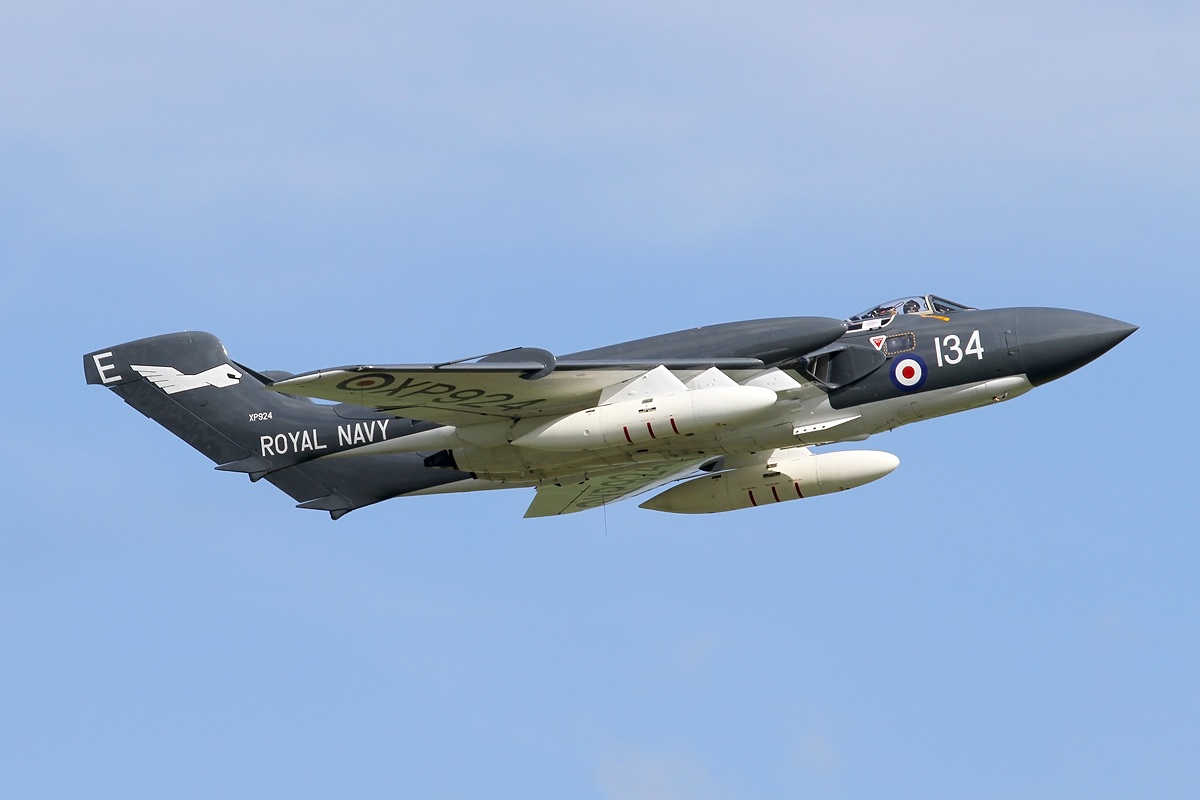 Shot at the 2017 Duxford May air show (I'm not calling it a 'festival', regardless of how they want to brand it), these shots show the Navy Wings Sea Vixen performing against blue skies. The aircraft is currently the most powerful vintage jet flying in the UK, although given it's complex nature and on/off airworthiness it's air show appearances tend to be rare . This is the first time I have seen the aircraft flying since it was repainted back to Fleet Air Arm colours in 2007 after several years in 'Red Bull', markings. Unknown to me until I returned home that evening was that the aircraft had suffered a incident upon landing back at RNAS Yeovilton after the Duxford show. After the undercarriage had failed to extend the pilot performed a wheels up landing on the Yeovilton runway. The pilot was unhurt but damage to the aircraft is unknown at this time but at the very least it will clearly be some time before the aircraft flies again.